Niccolò Galli (Florence 20-12-1991) is Marie Skłodowska-Curie Research Fellow within the EIPIN – Innovation Society European Joint Doctorate and Ph.D. Candidate at Max-Planck Institute for Innovation and Competition in Munich. Since May 2018, he is Visiting Editor for the University of Bologna Law Review, too. Previously, he gained professional experiences as “Donato Menichella” intern at the Bank of Italy’s Central Credit Register in Rome, and as a trainee lawyer for a boutique business law firm in Florence.

His research focuses on the competition and patent law issues arising in the electrical engineering industry due to its increasingly incremental, convergent, and fast-paced technological progress. Niccolò is also a sport-enthusiast and avid traveler, speaks Italian, English, French and he is learning German. 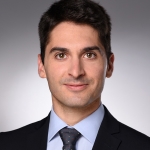 Patents are aggregated by different persons and institutions for very different purposes. As to the latter, patent aggregation can produce particular benefits for society and produce follow-on innovation where users are in need to use several patents to produce and sell products in down-stream markets. On the other hand, patents can also be pooled in order to increase the market power of the patent aggregator, to protect invalid patents against invalidity claims or, finally, to extract higher royalty rates. In the past, patent aggregation was mostly discussed from a legal perspective with regard to patent (or technology) pools. Today, another discussion is emerging with regard to non-practicing entities that buy large stocks of patents in order to extract excessive royalty rates in the framework of infringement actions. Hence, patent aggregation can promote access to technology in one case and thereby produce follow-on innovation or, in the other case, reduce access and follow-on innovation. From a legal perspective, more precision is needed as to the typology of patent aggregation entities and the strategies they apply. The question remains which remedies, under patent and competition law in particular, are available to address the problem of harmful patent aggregation.

Different forms of patent aggregators – mostly in form of intermediaries – have emerged in the US and increasingly expand their business to Europe. While so far only economic literature has taken account of this phenomenon, this thesis is expected to provide also answers as regards the legal regulation of such business entities.