Project title: The Future of the European Patent Judicial Design in the Light of the Harmonising Role of the CJEU

Tamar Khuchua obtained a Master of Laws degree within the European Business Law programme from Lund University in Sweden and has been awarded a Swedish Institute scholarship. She holds a Bachelor of Laws degree from Tbilisi State University in Georgia. Tamar’s main research interest has been the intersection of human rights and business law with the focus on European IP and competition law. During the university years, Tamar has participated in various international conferences in Georgia and abroad and has won numerous prizes for her successful performances. Apart from her native Georgian language, Tamar speaks five foreign languages (English, Russian, French, Armenian and a little Swedish).

‘Different ‘Rules of the Game’ – Impact of National Court Systems on Patent Litigation in the EU and the Need for New Perspectives’, Journal of Intellectual Property, Information Technology and E-Commerce Law (2019)

‘Corporate Human Rights Protection in EU Competition Law Enforcement – The Standard of Protection of Companies’ Rights in the Light of ECHR‘, 2016, https://lup.lub.lu.se/student-papers/search/publication/8894473 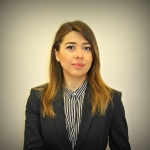 The rapid changes in the sphere of technology have caused an increase of the complexity of issues often involved in IP related cases. This in turn has led to a situation where the requirements for the courts’ quality, efficiency and cost-effectiveness are becoming ever stricter. The expectations from judges and courts in general are growing, which means that there is a constant need to develop the activities of the courts.

At the same time, considering the unique character of the European Union, specifically in terms of differences between the national court systems of the Member States, while also aiming at the harmonised application of IP rights, the enforcement process in IP field has become rather dynamic. In such a dynamic process, ensuring a high degree of legal certainty, compliance with the EU legal principles and scrutinizing rather specific technical matters is especially challenging, which is primarily the task of judiciary (courts and quasi-judicial bodies). As one of the solutions, the establishment of specialised IP courts or chambers has been employed; however, there is a debate whether this can become indeed more efficient IP enforcement mechanism.

The research will focus on how patent courts/ judges function in certain European states (France, Germany and the UK) and observe if the specific characteristics of the national courts and the background of the judges play a role in treating the similar situations divergently and how the system can be enhanced considering the existing challenges and the need for increased harmonisation in the EU in the patent field.

The thesis ‘The Future of the European Patent Judicial Design in the Light of the Harmonising Role of the CJEU’ will provide policy recommendations in relation to designing an optimal European patent judiciary in the light of the European harmonisation agenda. For this purpose, the upcoming Unified Patent Court (UPC) will be analysed in order to ascertain to which degree the specialisation of courts in IP can be regarded as an instrument to foster judicial harmonisation and what sort of institutional changes should be implemented.