Building on more than six years of experience as litigation associate at a top-tier IP law firm in Amsterdam – the Netherlands and his studies in Law, Science and Technology at Stanford, Gerben has come to London to dedicate the next three years of his life to advance Europe’s forefront of intellectual property law as a Marie Curie PhD Research Fellow at Queen Mary University of London’s Centre for Commercial Law Studies and within the EIPIN Innovation Society consortium.

Starting in London, Gerben aims to solve the intricate legal issues of integration and harmonization facing our European and national courts and other decision-making institutions in the areas of IP and competition. Gerben has a particular interest in the powers and bounds of the CJEU vis-à-vis the UPC in the up and coming cross-border patent litigation system, also in view of the current Brexit plans and the aims to sustain international relations between the United Kingdom and the other EU member states.

Gerben is a regular speaker at IP conferences and seminars, and an active member of young EPLAW, INTA and AIPPI. Alongside his practice, he also worked as editor for Kluwer IP Law (patent case reporter and blog). 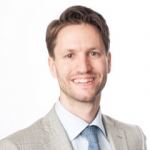 The project should assess the role of diverse decision-making institutions within the creative process and subsequent innovative business models, and how these influence are influenced by diverse decision making bodies. It should identify processes and divergences in decision-making such as by way of Directives or Regulations, and critically analyse how institutions such as domestic courts, the Court of Justice for the European Union, or the European Court of Human Rights interpret harmonized norms and how they differ, if at all, in recognising divergent principles that inform decision making, such as the primary aims of the EU or human rights. The project should produce a clear and practically relevant picture of the use of principles and doctrines, as well as clarifying legal methodologies with a view to identifying, in detail, divergences and should identify measures to assist better harmonisation by way of secondary legislation.

The project should identify and categorise divergent approaches to the interpretation of norms based upon Directives in order to highlight difficulties that have an immediate impact upon a desirable degree of legal certainty needed by stakeholders and users alike. It should produce a clear picture of the use of principles and doctrines as well as of the legal methodologies used by supra-national and domestic courts in assessing particular norms that have been harmonised by way of Directives. It should conclude with a practically usable account of divergences and should identify measures to assist better harmonisation through Directives, and should allow for a clear demarcation between areas that are harmonised and areas that are left for national courts to interpret.