Project title: Balancing the Quality of Patents with Effective Enforcement of Invalidity Claims in the Pharmaceutical Industry in Europe

Naina received her LL.M. from National Law University-Jodhpur (NLUJ), India’s premier law University. She was the recipient of ‘Smt.Vandana Devendra Mehta Memorial’ gold medal in LL.M. for IPR-Laws. She worked as a Researcher and Teaching Assistant at Ministry of Human Resource Development Chair (MHRD) Chair on I.P.R. at NLUJ. Thereafter, she also worked as an Assistant Professor of Law at Chandigarh University.

Naina has published widely and has presented her work in various workshops, conferences and courses across India. She was also invited to deliver lectures to Police Personnel at the Indo-Tibetan Border Police Force (ITBP) Training Centre. She is also a proud recipient of N.T.S.E Scholarship, one of the most prestigious scholarships by Government of India.

Her areas of interest are IP-Law, Constitutional Law and Human Rights Law. 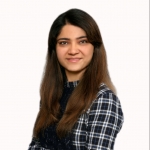 Patents are granted for “new” technology against the backdrop of the existing state of the art. They are thereby designed to signal innovation. Yet, especially in the pharmaceutical industry, the ratio of invalid patents has turned out to be particularly high. The reasons for this are manifold. One problem arises from an imbalance of information, characterized by the fact that the examiner at the patent office may be less-well placed than the applicant to know about the state of the art. Another problem relates to the very high number of patent applications also in the pharmaceutical industry. Therefore, claims in favour of raising patent quality are not necessarily economically sound since only a very few of these patents will result in viable and economically valuable drugs. This draws the attention to the judicial proceedings that are available for the nullification of patents. In sum, an innovation system that grants patents relatively easily should have very effective procedures for the nullification of patents. In Europe, the EPO provides a centralized system for the patent grant, but the national systems for invalidating patents remain very diverse. The thesis should explore what a more integrated European system should look like. Thereby, it should also evaluate the rules of the Agreement on a – future – Unified Patent Court as well as the regulation of the marketing of pharmaceuticals, which has an obvious impact on the incentives of firms to challenge the validity of patents. The topic is highly relevant for the functioning of the European innovation society. Wrongfully granted patents may prevent competitors from investing in the same field of technology, and invalid patents allocate income to right-holders without sufficient ground of innovation.

Patents should signal innovation. However, pharmaceutical patents fail to fulfil this function if they are invalid. The thesis is expected to come up with proposals for reforming the yet national systems and the upcoming system of the Unitary Patent Court for the enforcement of invalidity claims in order to optimize the European innovation system, at the same time allowing broader and quicker market access of generics.