Project title: The Impact of the Unitary Patent System on Innovation of Start-ups

Letizia Tomada (Spilimbergo, 07/10/1991) is Marie Skłodowska-Curie Research Fellow within the EIPIN – Innovation Society European Joint Doctorate and Ph.D. Candidate at Max-Planck Institute for Innovation and Competition in Munich. Previously, she gained professional experiences working as a trainee lawyer in the IP-team of CBA Studio Legale e Tributario in Padua (IT), and as an intern in the international IP law firm, Grünecker Patent- und Rechtsanwälte PartG mbB in Munich (DE).

She speaks Italian, English, German and has basic knowledge of French and Spanish. 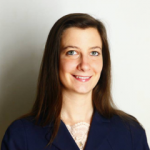 The establishment of the Unitary Patent (UP) and associated Unified Patent Court (UPC) will represent the result of the evolution towards the unification of the European patent system.

During the journey towards patent harmonization in Europe, it is however necessary to consider not only that patenting activity is not uniform across the EU countries but also that the need of patent protection varies depending on the type and nature of the industry actors. In a general perspective, the legal framework of the patent system can stimulate more innovative behavior by market actors and influence the activities of the businesses involved, including SMEs and start-ups. Their protection has been designated as one of the main policy objectives of the establishment of the unitary patent system. However, the impact that the implementation of a unitary patent system can have on the activities of start-ups and on their innovative potential remains an open question.

In the light of the general objective of patent law to promote innovation, the thesis will explore the potential of the new unitary patent system to foster innovation in Europe. After the BREXIT referendum in the UK, recommendations for reforming the UP system may have a chance to be implemented even before it starts to operate.

To highlight potential problems caused by the new system and propose workable solutions for them.