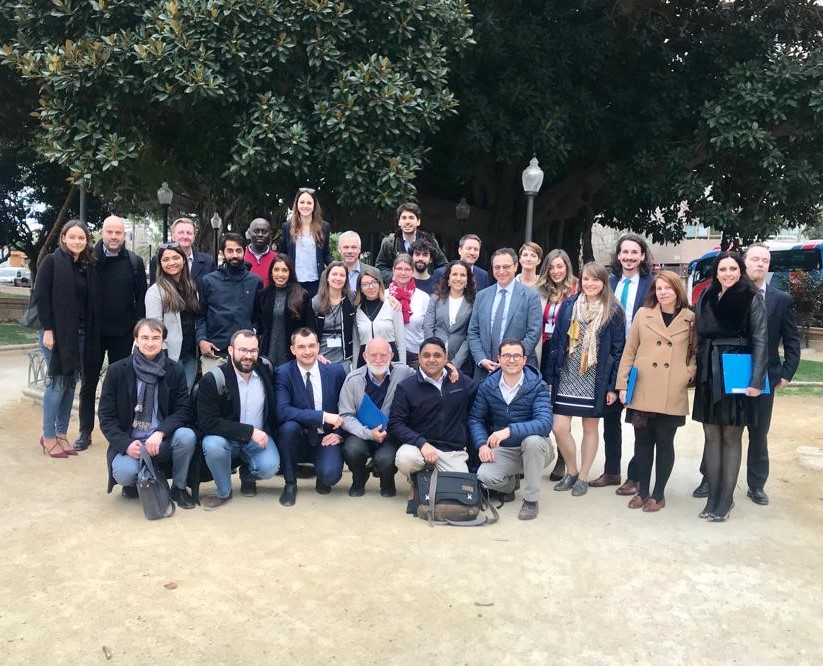 EIPIN IS early stage researchers (ESRs) all gathered in Alicante from 22nd to 26th January to participate in another useful training and an inspiring conference. The Scientific Communication Skills training helped the ESRs master the art of making an effective presentation by employing four main modes of communication such as verbal, written, nonverbal materials and body language. Teresa Morell Moll, professor at the University of Alicante, led the young researchers throughout the training days. While keeping the long working hours rather entertaining, she gave some important recommendations to the researchers as to how to communicate scientific results to public in a simple, yet professional way. All the more, on the second day of the training, the ESRs were on stage. During the five-minute presentations they had the opportunity to present their research topics while at the same time practice the components of an effective scientific presentation. All 15 ESRs received very positive feedback both from the professor as well as their peers.

The second part of Alicante events gathered even bigger crowd as the XXth EIPIN Congress kicked off on 23rd January at the premises of University of Alicante in the heart of the town. This time, the congress brought everybody´s attention to the interaction of intellectual property and innovation. During the three conference days, the topics covered the role of intellectual property for innovation and the vice versa, in diversity of industries such as agricultural and nonagricultural business, artificial intelligence, pharmaceuticals and biomedicine. At the final day some issues concerning competition, licensing and standard essential patents were highlighted. Speakers coming from public institutions, private sector as well as academia triggered hot discussions which allowed the participants to hear broad spectrum of ideas and receive some food for thought for their research.

While the days were rich in academic discussions, during the evening hours nice dinners were organised that brought everybody together to socialise, relax and of course get the taste of the Spanish cuisine.

The next stop, in February, will be Strasbourg where the ESRs will attend the training on Drafting Policy Briefs and Academic Publishing.