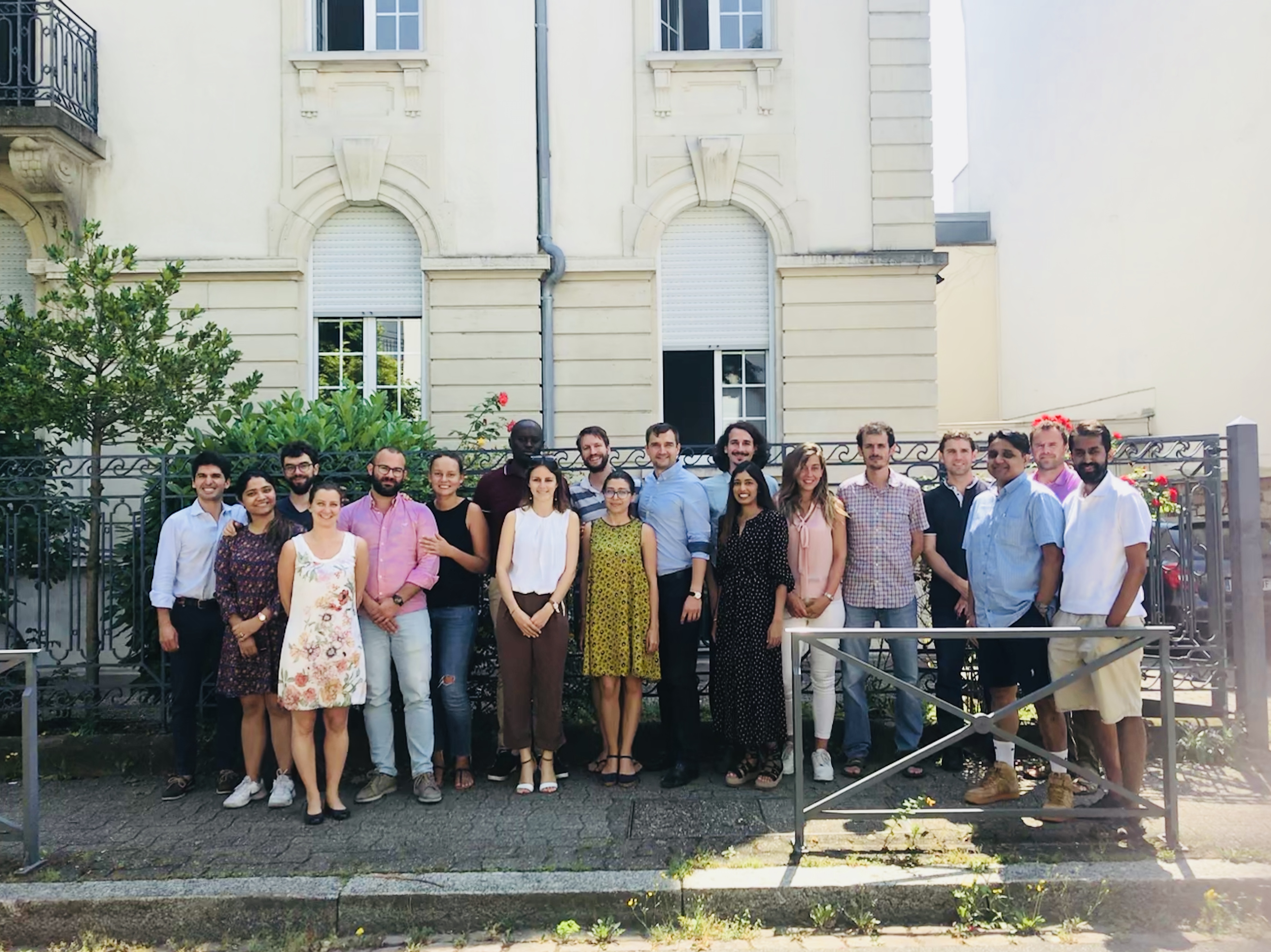 ˃˃ The programme of the research week can be consulted here.

The ESRs met again in Strasbourg from 25 to 29 June 2019 for two enriching trainings. During the first day organized by the University of Augsburg, the ESRs followed the training on “Preparing for the Labour Market, Personal Development” with a senior consultant of Dennemeyer Consulting GmbH, Sevim Süzeroglu-Melchiors, and Clemens Meikis, a senior consultant at Omega Consulting Group GmbH. They introduced the ESRs to the future of IP professions in a quickly changing world, especially due to technology. The ESRs were given great insight on how to update their CVs including on social media. Koen Hendrix then introduced ESRs to EU career giving insights on EU Career Opportunities and Selection Procedures. He mentioned what the different institutions can offer in terms of professional and personal development. He also greatly described the different processes to be recruited as an EU official.

The second training, organized by CEIPI, was the “Interdisciplinary Research Week with Focus on Law & Economics of Intellectual Property”. The first day was very rich in terms of content and speakers. Jeremy de Beer, Professor at the University of Ottawa, opened the day with a presentation on evidence-based IP policymaking. The economic effects of IP laws in the context of trade, development and climate change were addressed by Professor Keith Maskus, University of Colorado Boulder. Finally, the ESRs got some insights on Evidence-based research on the markets for patents by Laurie Ciaramella, Assistant Professor at Télécom ParisTech and Affiliated Research Fellow at Max Planck Institute for innovation and Competition.

The theme of the second day was “Law and Economics of Intellectual Property”. The Director of BETA and Professor of Economics, Julien Pénin, gave a presentation on patents and open innovation, followed by talk on how artificial intelligence is shaping science, given by Stefano Bianchini, Associate Professor of Economics at BETA. The training followed with Xavier Seuba, Associate Professor of Law at CEIPI, who introduced the Economics of IP enforcement, emphasizing on methodologies and challenges. Christian Handke, Assistant Professor at Erasmus University Rotterdam, focused on the economics of copyright and discussed empirical research in this field. The ESRs then walked to the Experimental Economics Laboratory of Strasbourg, where they participated in the patent law experiment, lead by Kene Boun-My, LabManager of the LEES and Studies Engineer at CNRS.

On Friday 28, the ESRs attended three sessions. The morning was lead by Rémy Guichardaz, ATER at Sciences Po Strasbourg and BETA, who introduced the theory of social justice and its relevance for intellectual property. In the afternoon, Giancarlo Frosio, Senior Researcher and Lecturer at CEIPI, gave a talk on Law and Humanities, and on an interdisciplinary approach in IP law. The day concluded with a insightful presentation on historic research in copyright delivered by Barbara Lauriat, Senior Lecturer at King’s College London.
The last day the training showcased the interdisciplinary research at the EIPIN IS. Girish Nagraj first presented his research and the concept of IP as a Complex Adaptive System. Krishnamani Jayaraman then talked the audience through his interdisciplinary legal research and metholody. Niccolo Galli addressed the mixed empirical legal methods he employs for his research on patent aggregation. Maurizio Crupi concluded the morning with a presentation on his research and on ATLAS.TI.

This exciting and intense training was punctuated with nice dinners and social events where the ESRs were able to gather and exchange with the participants and speakers.