The EIPIN-IS researchers (ESRs) gathered in Maastricht from 20th to 24th January to share a week full of inspiring events including a training followed by a doctoral seminar and conference.

The training “Skills 4: Preparing for the Labour Market. Career Perspectives and Research Grants” organised by the University of Alicante offered to the ESRs the opportunity to explore their future career prospects and to receive useful insights from professionals in the relevant field. During the first day, the ESRs learned different strategies on how to look for funding opportunities and how to apply for research grants. Femke Buiter (Maastricht University) explained how to find the right funding program and presented an overview of the most common ones. This general introduction was followed by useful tips on the ways of drafting a “Marie Skłodowska-Curie Actions – Individual Fellowships” (MSCA – IF) proposal and planning strategically the application timing, both from the point of view of an expert reviewer, Bram Akkermans (Maastricht University) and from the experience of a successful applicant, Lilian Tsourdin (Maastricht University). The day ended with the presentation by Anna Martinez (University of Alicante), who showed the early stage researchers the possibilities of increasing their visibility, to the platforms for searching the EU funded projects and provided them with instructions for the registration process as an expert evaluator. During the second day of the training IP- professionals in different fields opened the floor for intriguing talks, sharing their valuable personal experiences. The encouraging introductory speech by Manuel Desantes from University of Alicante was followed by suggestions on how to navigate the complex world of academia by Mark Mimler (Bournemouth University). Furthermore, the presentation by Dick Van Engelen (IP Lawyer Ventoux, Maastricht University) set up a bridge between academia and practice providing an inspiring example on how to get the most of both worlds. To conclude, Koenraad Wuyts (Chief Intellectual Property Officer – KPN) explained his work as a patent attorney in a company.

Before entering in intriguing discussions during the 21st EIPIN Congress Conference, the ESRs actively participated in the third doctoral seminar, organised by the University of Augsburg. In its third edition, the seminar has been divided in two parallel sessions, according to the respective work packages. Each ESR presented a specific chapter of the PhD thesis and its objectives within the broader context of their research. All ESRs received great and useful feedback both from the allocated commentator and from the other fellows and audience.

The intense and enriching week still stored an additional challenge for the early stage scholars. They had to test their skills as commentators during the 21st EIPIN Congress Conference. This year indeed, the ESRs suggested the speakers and coordinated their work with the other panellists, thereby introducing a partial change to the traditional format of the EIPIN conference. The presentations and discussions were particularly relevant for the ESRs, since the topics followed the lines of the main research areas of interest. The first panel, chaired by Kamperman Sanders (Maastricht University) explored the interphases between intellectual property, innovation and entrepreneurship and the implications of the establishment of a Unified Patent Court thanks to an in-depth theoretical analysis conducted by David Harper (New York University) complemented by the experience as patent litigator of Christof Augenstein (Kather Augenstein). In the second panel, chaired by Julian Lopez Richard (University of Alicante), Bjorn Lundqvist (Stockholm University) addressed the issues deriving from standard essential patents (SEPs) disclosure and its consequences for competition. The flexible remedies offered by competition law were also at the heart of the discussion during the third panel, in which the experienced lawyer Marco d´Ostuni (Cleary Gottlieb Steen & Hamilton LLP) presented them as a potential tool to tackle patent quantity and quality concerns. The second day of the conference started with cutting-edge talks about inventorship and inventive step requirement for AI generated inventions by Eva Stankova (University of Oxford) and Florian Leferve (Pharnext) in a panel chaired by Noam Shemtov (Queen Mary University of London). The first panel of the afternoon session provided instead the audience with instructive insights on sui generis rights and in particular on geographical indications and plant varieties thanks to the expertise of Andrea Zappalaglio (Max Planck Institute for Innovation and Competition) and of Judith de Roos (Legal counsel, Plantum), respectively. To conclude, Giuseppe Mazziotti (Trinity College Dublin) and Stefan van Gompel (University of Amsterdam) analysed the role of international organisations in regulating the national, EU and global markets for copyright protected content, in a panel chaired by Prof. Christophe Geiger (CEIPI). Last but not least, during the seventh panel chaired by Guido Westkamp (QMUL), Justine Pila (Oxford University) focused on the role of the CJEU in copyright law, Peter van den Bossche (Berne University) critically questioned and analysed the role of the WTO DSS after 25 years of TRIPS and Rochelle Dreyfuss (New York University) proposed changes to ameliorate the functioning and role of ISDS tribunals. The cycle of interesting and innovative topics culminated with a conclusive roundtable which considered the role of IP law within an innovation society in constant change.

In this edition, the EIPIN Congress has once again proven to be a suitable arena for lively academic discussions also thanks to the interesting questions raised by master students of the EIPIN network and by the audience at large. Furthermore, it represented a great chance for the participants to socialise and share their experiences while enjoying tours and well-organised dinners in the city of Maastricht. 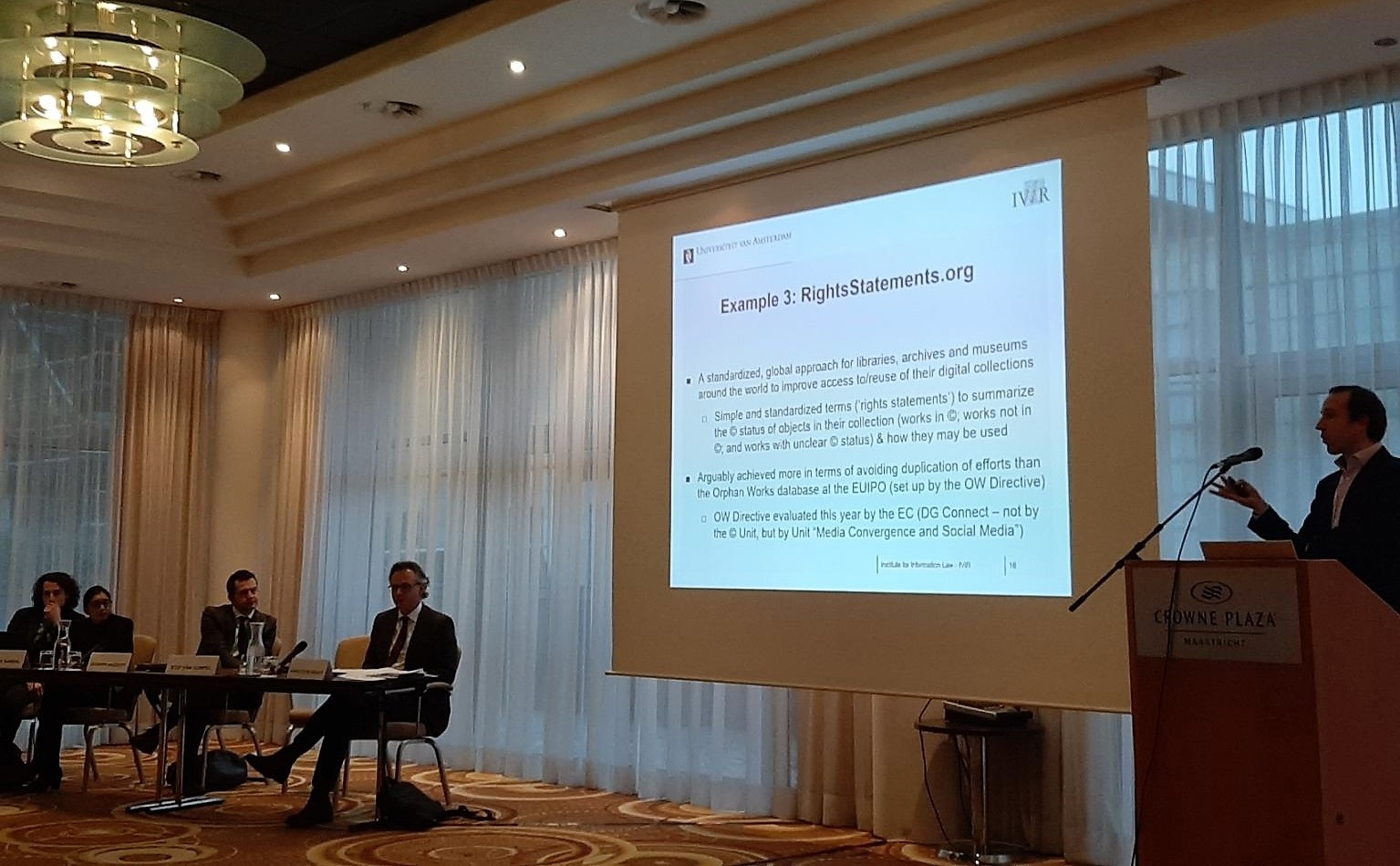